A little while back now I was researching my post on water when I came across a scientist which I hadn’t heard of before. And that was odd, because this person was one of the first to propose the idea of catalysis, which is a pretty important concept in chemistry, in fact, in science in general. Surely the name should be at least a bit familiar. Shouldn’t it?

And yet it wasn’t, and the more I read, the more surprised I was. Not only was this person clearly a brilliant thinker, they were also remarkably prescient.

So who was it? Her name was Elizabeth Fulhame, and we know very little about her, all things considered. Look her up and you won’t find any portraits, or even her exact dates of birth and death, despite the fact that her book, An Essay on
Combustion, was published in more than one country and she, a Scottish woman, was made an honorary member of the Philadelphia Chemical Society in 1810 — remarkable achievements for the time.

As well as describing catalytic reactions for the first time, that book — first published in 1794 and surprisingly still available today — also contains a preface which includes the following:

But censure is perhaps inevitable; for some are so ignorant,
that they grow sullen and silent, and are chilled with horror
at the sight of any thing, that bears the semblance of learning,
in whatever shape it may appear; and should the spectre
appear in the shape of a woman, the pangs, which they suffer,
are truly dismal.

Obviously women are interested in physics. And also, apparently, in staring wistfully into open vacuum chambers whilst wearing unnecessary PPE (stock photos are great, aren’t they?)

Fulhame clearly did not suffer fools gladly (I think I would’ve liked her), and had also run across a number of people who felt that women were not capable of studying the sciences.

Tragically, 225 years later, this attitude still has not entirely gone away. Witness, for example, the recent article featuring an interview with Alessandro Strumia, in which he claimed that women simply don’t like physics. There were naturally a number of excellent rebuttals to this ludicrous claim, not least a brilliant annotated version of the article by Shannon Palus — which I recommend because, firstly, not behind a paywall and secondly, very funny.

Unfortunately, despite the acclaim she received at the time, Fulhame was later largely forgotten. One scientist who often gets the credit for “discovering” catalysis is Berzelius. There is no doubt that he was a remarkable chemist (you have him to thank for chemical notation, for starters), but he was a mere 15 years old when Fulhame published her book.

The RSC’s Breaking the Barriers report was published in 2018

In November last year, the Royal Society of Chemistry (RSC) launched its ‘Breaking the Barriers’ report, outlining issues surrounding women’s retention and progression in academia. As part of this project, they commissioned an interview with Professor Marina Resmini, Head of the Chemistry Department at Queen Mary University of London.

She pointed out that today there is an almost an equal gender split in students studying chemistry at undergraduate level in the United Kingdom, but admitted that there is still much to be done, saying:

“The two recent RSC reports ‘Diversity Landscape of the Chemical Sciences’ and ‘Breaking the Barriers’ have highlighted some of the key issues. Although nearly 50% of undergraduate students studying to become chemists are female, the numbers reaching positions of seniority are considerably less.”

Professor Resmini was keen to stress that there are many supportive men in academia, and that’s something we mustn’t forget. Indeed, this was true even in Fulhame’s time. Thomas P. Smith, a member of the Philadelphia Chemical Society’s organizing committee, applauded her work, saying “Mrs. Fulham has now laid such bold claims to chemistry that we can no longer deny the sex the privilege of participating in this science also.” Which may sound patronising to 21st century ears, but it was 1810 after all. Women wouldn’t even be trusted to vote for another century, let alone do tricky science. 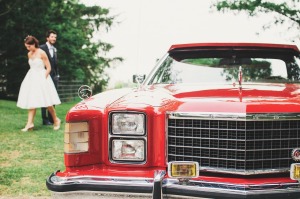 Speaking of patronising comments, another thing that Strumia said in his interview was, “It is not as if they send limousines to pick up boys wanting to study physics and build walls to keep out the women.”

This is one of those statements that manages, at the same time, to be both true and also utterly absurd. Pupils, undergraduates, post-grads and post-docs do not exist in some sort of magical vacuum until, one day, they are presented with a Grand Choice to continue, or not, with their scientific career. Their decision to stop, if it comes, is influenced by a thousand, often tiny, things. Constant, subtle, nudges which oh-so-gently push them towards, or away, and which start in the earliest years of childhood. You only need to spend five minutes watching the adverts on children’s television to see that girls and boys are expected to have very different interests. 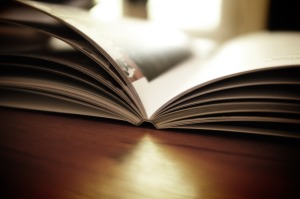 Textbooks may be studied by girls, but they rarely mention the work of female scientists.

So let’s end with another of Professor Resmini’s comments: that the work of past female scientists deserves greater recognition than it has received. This could not be more true, and this lack of representation is exactly one of those nudges I mentioned. Pick up a chemistry textbook and look for the pictures of female scientists: there might be a photo of Marie Curie, if you’re lucky. Kathleen Lonsdale usually gets a mention in the section on benzene in post-GCSE texts. But all too often, that’s about it. On the other hand, pictures of Haber, J. J. Thompson, Rutherford, Avogadro and Mendeleev are common enough that most chemistry students could pick them out of a lineup.

We should ask ourselves about the message this quietly suggests: that women simply haven’t done any “serious” chemistry (this is not the case, of course) and… perhaps never will?

Online, things have begun to shift. Dr Jess Wade has famously spent many, many hours adding the scientific contributions of women to Wikipedia, for example. It’s time things changed in print, too. Perhaps we could begin by starting the rates of reaction chapter in chemistry texts with a mention of Fulhame’s groundbreaking work.

EDIT: After I posted this, I learned that the Breaking Chemical Bias project is currently taking suggestions on the missing women scientists in the chemistry curriculum. I filled in the form for Fulhame, naturally! If this post has made you think of any other good examples, do head on over and submit their names.

If you enjoy reading my blog, please consider buying me a coffee through Ko-fi using the button below.

Browsing a popular newspaper site the other day I came across this very funny article by Dean Burnett, inspired by the brilliant Harry Enfield ‘Women, know your limits!’ sketch of a few years ago in which a woman dares to offer a dangerous opinion of her own.  In the sketch, filmed in the style of a 40’s black and white public information film, Mr Enfield claims that over-education leads to ugliness, premature ageing and beard growth, and beseeches women to stick to what they know best, namely, fluffy kittens.

All very funny and yet… ask anyone to name some famous scientists and I bet you anything that at least the first five names they come up with are men.  Perhaps this is to be expected, after all the scientific method has been kicking around for ooh, well, it’s debatable, but at least 1000 years if not more.  Whereas the ludicrous idea that most women might be capable of learning about tricky things like numbers and and stuff has only been widely accepted, in this country in any case, for a few decades or so.

So to balance the books a bit, here’s my list of five famous(ish) women chemists, none of whom had beards (as far as I can tell).  Absorb and learn.  If nothing else, should the topic of scientists ever come up on the TV quiz show Pointless I can guarantee most of these will be down there in single figures, if not actually pointless.

Cleopatra the Alchemist (dates unknown)
Not the same person as Cleopatra VII, this one lived (probably) in the 3rd or 4th century.  The title Cleopatra the Alchemist is a pseudonym and her real name has been lost.  She was thought to be one of only four women who knew how to make the mythical philosopher’s stone (yes, just like in Harry Potter.  Well sort of) and, perhaps more scientifically, her work also contained several descriptions and drawings of the technical process of furnaces.  She’s also sometimes credited with the invention of an early type of distillation apparatus.  Without this useful chemical technique, we wouldn’t have petrol, plastics or, indeed, vodka.  Cheers!

Marie Curie (1867-1934)
The Polish Madame Marie Curie is most famous for her work on radioactivity and is often thought of as more of a physicist.   However she definitely earned her chemical chops for discovering two (count ’em, two) whole new elements: polonium (Po) and radium (Ra).  She painstakingly managed to isolate about 0.1 g of radium chloride from 1 ton (907185 g) of the mineral pitchblende.  Now that’s patience.  In 1948 the element curium (Cm) was named in her, and her husband Pierre’s, honour.

Elizabeth Arden (1884-1966)
A famous name, if not one we necessarily associate with science, she was born Florence Nightingale Graham and changed her name in 1909.  Although not formally educated as such, she counts as a chemist for formulating, as well as manufacturing and marketing, her cosmetic products.  She pioneered the idea that cosmetics could and should be scientifically formulated, a concept that many other companies subsequently copied.  She did wear an awful lot of pink, but nobody’s perfect.

Rosalind Franklin (1920-1958)
Who discovered the structure of DNA? Wasn’t that Watson and Crick? Actually it was x-ray crystallographer Rosalind Franklin who produced the first images of deoxyribonucleic acid, and Watson and Crick even publicly admitted to using her data to develop their hypothesis.  Sadly Franklin was a cautious scientist and her work, based on experimental results, was published after their theoretical paper.  Subsequently she’s often forgotten about, particularly because, as she died in 1958 and the rules forbid posthumous nominations, she was never included included in the Nobel Prize awarded to Crick, Watson and Wilkins in 1962.  Don’t hide your light girls.

Anna Jane Harrison (1912-1998)
Harrison, who unlike many historical chemists (when you spend your days messing about with substances that so often turn out to be toxic, you’re invariably in danger of shuffling off this mortal coil earlier than most) managed to live until the ripe old age of 86, was an American organic chemist and the first female president of the American Chemical Society.  She was also the recipient of twenty honorary degrees, none of which were bought from dodgy internet sites.  She worked on toxic smoke during the second world war, and also contributed to research on ultraviolet light.

Sadly, none of these ladies are alive today.  Can you think of any other female chemists who’ve made important discoveries?  Tell me about her…