The novel Good Omens was first published in 1990. And this is my original copy.

Unless you’ve been asleep for the last few months (if so, are you a snake, by any chance….?) you will have noticed that there’s recently been a very popular television adaptation of the much-loved book by Terry Pratchett and Neil Gaiman: Good Omens.

I have always loved this book, and I love the TV show even more. Obsessed? Erm. Anyway. Can I wring a science-themed post for my blog out of a story about a demon and an angel saving the world from Armageddon? Of course I can.

Here goes. There’s a moment in the second episode of the TV adaptation* when the demon, Crowley, is driving his Bentley very, very fast, and the angel, Aziriphale, says: “You can’t do ninety miles an hour in central London!”

This caused a bit of confusion for some non-British viewers§. Not the idea that you can’t, or at least shouldn’t, drive extremely fast in a built-up area, but rather the fact that Britain is a European country, isn’t it? At least, for the moment. Don’t the Europeans use the metric system? Shouldn’t he have said one hundred and forty-five kilometres per hour?

So you thought Brits used the metric system? Haha.

I mean, okay, we do. Scientists in particular are quite keen on it. But we also use imperial units really quite a lot. And coincidently, this all arose just after the politician Jacob Rees-Mogg issued a style guide to his staff declaring that they must “use imperial measurements” — which at first sounds typically Victorian of Rees-Mogg, but actually… if your aim is to at least try to be consistent, he might, just might, have a point…

Allow me to try to explain.

Firstly, a little clarification: the “metric system” is an internationally-recognised decimalised system of measurement, that is, a system where units are related by powers of ten. I stress this because “metric” and “decimal” do not mean quite the same thing, which is relevant when it comes to money. The metric system takes base measurements — kilograms, metres and so on — and says that all versions of those measurements can only be connected by powers of ten, and must not introduce new conversion factors. So, grams (1000th of a kilogram) and tonnes (1000 kilograms) are both metric, but a pound (0.454 of a kilogram) is not. Scientists know this as the SI system of measurements. Okay? Right. Let’s get on to the amusing cocktail of units the British have to cope with in their every day lives… 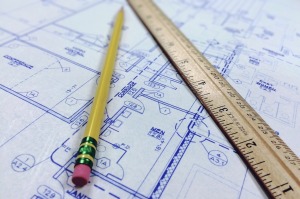 Length
The length of small-ish objects is measured in centimetres and millimetres. Sometimes. Except the diameter of pizzas, the sides of photos and photo frames, and the diagonal of laptop screens and televisions — all of which are almost always given in inches. Screws, as in woodscrews, are often given in  fractions of inches. Let’s not get into jewellery, for that way madness lies.

Longer objects are measured in metres and centimetres, except for the height of people, which is almost always quoted in feet and inches. Chippies (that is carpenters, not people that cook fish and chips — keep up) tend to colloquially use feet and inches for planks of wood. For example, “I need a bit of six by nine” — meaning a piece of wood 6 feet long and 9 inches thick.

What do you mean, how do you know which one is 6 and which one is 9? You’d hardly have a 9 ft piece of wood that was only 6 inches thick, would you?☨

People do sometimes use metres for short walking distances, e.g. “it’s fifty metres to the shops”, however Brits also like to use yards, a yard being 3 feet. But that’s okay, because a yard is close enough to a metre as to make little difference to a casual walking estimate, so they’re pretty interchangeable.

Marathons are measured in miles. Shorter road races use kilometres.

The sorts of distances involved in lengthy travel are always measured in miles. The distance from Oxford the city to Oxford Street in London, for example, is about 55 miles. No British person would ever describe this as 88.5 km. Speed, as we saw in Good Omens, is thusly described in miles per hour (mph). For the record, the speed limit in a built-up area such as Oxford Street would normally be 30 mph, or sometimes (more and more frequently) 20 mph. Crowley was indeed driving ridiculously fast, but then, he has demonic magic to help him avoid both pedestrians and police.

Miles are also used for marathons. However, not for shorter running races, which are often described as “5k” or “10k” meaning, obviously, 5 kilometres or 10 kilometres. The cynics may wonder whether this is because 5 kilometres sounds longer than 3 miles, but I’m sure runners aren’t concerned about such vanities.

Is all of that clear? Okay, let’s move on…

Weight
Weight (physicists: I mean mass, yes, you’re very clever, shhh now) of people is measured in stones and pounds (there are 14 pounds in a stone). Except for babies, which are little and are therefore measured in pounds, because everyone knows a baby ought to weigh somewhere in the region of 7 pounds or so, and if you quote a baby weight in kg, Brits have no idea whether to gasp, coo, or wince sympathetically.

The weight of food is mostly measured in kilograms and grams (or possibly grammes; it’s essentially the same thing) these days, although a lot of people still favour pounds and ounces. This leads to oddities, such cake recipes which call for 225 g of butter (half a pound). There are, by the way, 16 ounces in a pound, because it would be far too easy if it were consistent with the pounds/stones thing, wouldn’t it. Oh, and Brits have quarter pounder beefburgers in restaurants — none of that ‘Royale with cheese‘ business for us, thanks.

Larger weights are mostly quoted in tonnes, because that’s easy, but sometimes we use tons as well, which has the added amusement of sounding exactly the same when you say it out loud. 1 tonne is about 1.1 tons, so it’s not too much of a problem unless you’re planning a really big building project. Very large amounts are sometimes given in hundredweight, which sounds metric, doesn’t it? It’s not. A hundredweight is 50.8 kg, or 112 pounds. Did you think it would be 100? Yes, well, there are reasons.

Once again, let’s not get into jewellery. If we start on carats we’ll be here all day.

Beer, blood and milk are measured in pints.

Volume
Small volumes of liquids tend to be measured in millilitres or (particularly for wine) centilitres. The exceptions are beer, blood and milk — which are given in pints. Wandering into a British pub and asking for half a litre of beer is guaranteed to cause everyone to stop what they’re doing and stare at you. As will asking for pint of blood, for different reasons.

Larger volumes are measured in litres. We’ve mostly given up on gallons, now that all the fuel stations quote their prices in pence per litre because it looks cheaper that way.

Chemists like to be awkward, though, and use cubic centimetres — written cm3 or occasionally cc just for fun — for small volumes of liquids, and dm3 (cubic decimetres) for litres. 1 cm3 is 1 ml and 1 dm3 is 1 litre, so there’s really no reason for any of this other than to confuse students.

Temperature
Temperatures are mostly quoted in Celsius (aka centigrade, well, more-or-less), and most Brits these days have a fairly good feel for that scale. But Fahrenheit still gets rolled out when either a person or the air gets hot. A midsummer’s day might reach ‘100 degrees’ (that is, a little under 38 oC) and someone with a fever might also be described as ‘having a temperature of over a hundred’. Once it gets chillier, however, we’re firmly back to Celsius, because ‘minus five’ sounds a lot more dramatic than 23 oF.

In case you’re wondering, no, I did not choose this particular picture of a thermometer by accident.

In case you thought you were on safe ground here, don’t forget there’s also Kelvin (where 0 oC = 273 K) which is the SI unit of temperature and very popular with physicists. And, if you’re cooking, the mysterious ‘gas mark‘ — which is more-or-less unique the U.K. and which is based on some sort of occult formula. (Gas mark 6 is about 200 oC or 400 38 oF.)

Energy
Energy is measured in Joules. Except when it comes to food, where it’s measured in calories. Actually, kilocalories, but everyone just calls them calories. There’s meant to be a capital C to help tell the difference, but no one ever remembers. This is all fine.

Pressure
Are you sure you want to go here? Okay. FINE.

Tyre pressures are quoted in pounds per square inch, that is, PSI. Most British car owners can probably tell you roughly what their tyre pressures ought to be in PSI, even if (having learned metric at school) they have a somewhat shaky grasp of what either inches or pounds are.

Atmospheric pressures are usually quoted in atmospheres, because everyone knows what that means (sea level is one atmosphere, give or take). Of course, that’s not the SI unit, which is Pascals: 1 atmosphere is 101,325 Pascals, which is a bit unwieldy, so scientists often use bars, where 1 bar is 100,000 Pascals, and thus 1 atmosphere is more-or-less 1 bar, which, for once, is sort of helpful (no, really). 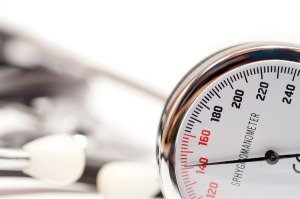 But then there’s also Torr, which arises from the historical practice of using mercury to measure pressure. 760 Torr is 1 atmosphere, while 1 Torr is 133.32 Pascals. Blood pressure, of course, was traditionally measured with a mercury sphygmomanometer, but just in case you thought you were on top of this, 1 Torr is nearly, but not quite, the same as the measurement in that case, which is mmHg, 1 of which is equal to 1.000000142466321 Torr.

Money
British money is decimal (but not metric, for the reasons described back at the start there), but only became so in 1971. If Rees-Mogg has his way I’m sure we’ll be back to pounds, shilling and pence before we know it.

It’s all your fault, isn’t it, Crowley?

In summary….
Since no one in this country is going to give up miles any time soon, if you want to be consistent about units it makes a certain kind of sense to insist on sticking to imperial, I suppose. As much sense as imperial measurements make anyway, which is not much.

You do have to wonder how we ended up with such a confusing mixture of measurements. It’s almost… demonic….

* Page 51 of the original print edition, second line up from the bottom. Obsessed? No idea what you mean.
§ And possibly non-British readers of the book in the 1990s, but Twitter didn’t exist then, so any puzlement went largely unnoticed. It was a quieter time.
☨ would# you? I don’t bloody know. Apparently it’s obvious.
# or, indeed, wood.

Escape Artists Podcasts are brilliant and you should download and listen.

Would you like to listen to the lovely Alasdair Stuart and me natter on about how utterly brilliant Good Omens is, and all the clever little things we spotted in the show for about an hour or so? Of course you would! It’s part of the premium content bucket at the EA Podcasts Patreon. Please do consider supporting Escape Artists podcasts; they produce truly brilliant fiction podcasts on a weekly basis. If you’ve never heard of them (where have you been?) why not subscribe to their free podcasts: Podcastle (fantasy), Pseudopod (horror), Escape Pod (science fiction) and Cast of Wonders (young adult).