But here’s the question: have you been paying attention? Well, have you? Time to find out with The Chronicle Flask’s festive quiz! I haven’t figured out how to make this interactive. You’ll have to, I don’t know, use a pen and paper or something.

Question 1)
Which scientist invented a chemical test that can be used to coat the inside of baubles with silver?
a) Bernhard Tollens
b) Karl Möbius
c) Emil Erlenmeyer

Question 2)
Reindeer eat moss which contains arachidonic acid… but why is that beneficial to them?
a) a laxative
b) an anti-freeze
c) a spider repellant

Question 4)
We all like a glass of champagne at this time of year, but what’s in the bubbles?
a) carbon dioxide
b) nitrogen
c) oxgyen

Question 5)
What’s the key ingredient in those lovely bath salts you bought for your grandma?
a) calcium carbonate
b) magnesium sulfate
c) citric acid

Where are you most likely to find this molecule at this time of year?
a) in a roast beef joint
b) in the wrapping paper
c) in the christmas cake

Question 9)
Where are you likely to find this molecule on New Year’s Eve?
a) in a champagne bottle
b) in the party poppers
c) in the ‘first foot’ coal 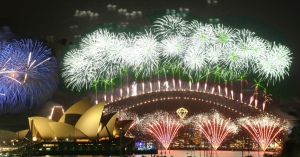 Question 10)
Who doesn’t love a firework or two on New Years Eve?  But which element is most commonly used to produce the colour green?
a) magnesium
b) sodium
c) barium

1a) Bernhard Tollens (but his science teacher was Karl Möbius).
2b) It’s a natural anti-freeze.
3b) Silver fulminate (it always surprises me how many people guess gunpowder. That would be exciting).
4a) carbon dioxide.
5b) magnesium sulfate which, funnily enough, also causes ‘hard’ water.
6a) the Maillard reaction, although Hodge did establish the mechanism.
7c) In the cake – it’s sucrose (table sugar).
8b) it expands as it freezes and is thus less dense than liquid water (which is why ice floats). We take this for granted, but most things contract (and become more dense) as they turn from liquid to solid. You should be grateful – live probably wouldn’t have evolved without this peculiar behaviour.
9a) In the champagne – it’s ethanol (or ‘alcohol’ in everyday parlance).
10c) barium – copper produces green flames too, but barium salts are more commonly used in fireworks.

So how did you do?
Less than 4: D, for deuterium. It’s heavy hydrogen and it’s used to slow things down. Enough said.
4-6: You get a C, by which I mean carbon. Have another slice of coal.
7-8: You’ve clearly been paying attention. B for boring, I mean boron.
9-10: Au-ren’t you clever? Chemistry champion!