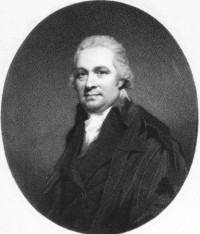 Today I’m writing about a potentially dangerous, but surprisingly rarely discussed, substance. It’s a gas at room temperature, with a molecular mass of 28. It sits next to oxygen in the periodic table, but these two could not be more different. When it was discovered by Daniel Rutherford in 1972 he named it ‘noxious air’. Other scientists called it ‘burnt air’, ‘mephitic air’, and ‘azote’ – from the Greek word meaning lifeless – because animals died when they were exposed to it. Today we call it nitrogen.

Let me tell you more. It’s an industrial chemical which is used to make fertilisers and explosives, and to fill tyres. Does that sound like something that you should be exposed to on a daily basis?

Nitrogen is used to fill aeroplane and car tyres.

Well I’ve got news for you, you are. Nitrogen is in the air around us. That’s right, this gas which, let me reiterate, was discovered when it was found to kill small animals, is all around us. The concentration of it is fairly stable now, but it has increased dramatically in Earth’s past.

A nitrogen molecule. Not actual size.

Breathing air with more than about 0.8 bar partial pressure will make you really ill or even kill you and yet, pure nitrogen is regularly used to package our foods. Those salad bags you thought were so fresh and healthy? Full of pure nitrogen. That nitrogen is obtained by a process known as fractional distillation. Petrol, diesel and bitumen – the stuff used to cover our roads – are produced by exactly the same method.

Nitrogen is invisible, tasteless and odourless, and companies don’t have to label it on their packaging. Some of the more reputable manufacturers do state that their food is ‘packaged in a protective atmosphere’, but since there is no regulation to force companies to include this label, its absence is no guarantee. You could be eating nitrogen-drenched lettuce right now, and you’d have no idea. And for those salad-dodgers out there breathing a sigh of relief, crisps (chips, for my American readers) are also packaged in this stuff. 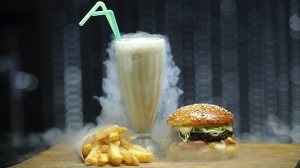 It gets worse. When it’s cooled nitrogen becomes a liquid, and this form is also used in food preparation. Some chefs have famously used it to make gourmet ice-cream. But in its liquid form nitrogen is even more dangerous. It’s extremely volatile. Exposure to liquid nitrogen causes severe and painful burns which can leave permanent scars. People who need to handle it should wear thick, industrial-strength gloves and eye protection. It’s so dangerous that one Australian liquor authority recently ordered bars to stop serving drinks containing liquid nitrogen after a patron became seriously ill.

Surely we should be asking the question: should something this harmful REALLY be involved in food preparation at all, anywhere in the world? 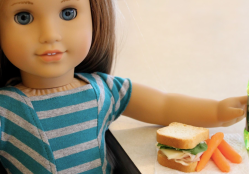 The Food Doll. She knows about this stuff.

Health food campaigners and ‘wellness warriors’ are increasingly setting their sites on this new menace. In an interview, ‘Food Doll’ Eyna Noscience said, “During my research into this stuff I found out that food companies sometimes mix it with carbon dioxide, and we all know that’s killing the ozone layer. We should all be campaigning for better labelling.”

She went on to add: “It’s a pnictogen. I don’t know what that means, but it sounds suspiciously like carcinogen to me. Nothing that unpronounceable can be good for you, right? I always say, if you can’t read it, you shouldn’t be eating it. Or breathing it.”

The spectrum of nitrogen. It’s totally irrelevant but it is pretty. 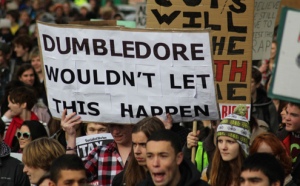 Cease the Ugly Nitrogen Terror campaigners staged a peaceful demonstration, and were arrested for “offensive slogans” (not shown).

Despite clearly knowing nothing whatsoever about anything, it’s possible that Eyna Noscience has a point. Perhaps consumers should have the choice over whether they want to buy products saturated with nitrogen? The organisation Cease the Ugly Nitrogen Terror certainly think so. They recently held a peaceful demonstration outside a well-known supermarket in London. Several of their supporters, who were holding placards bearing the initials of the organisation, were arrested for allegedly “offensive slogans”. Clearly yet another example of the food industry having far too much power.

What do you think? Should nitrogen be banned from foods? Leave your comments below.

Note: now, in case it’s not entirely obvious, this post is a joke (I say this because some people have asked me, believe it or not). But truth, as they say, is stranger than fiction. After I wrote this I found out that the ‘Food Babe’, aka Vani Hari, had actually written a post (she has since deleted it, but the internet is great for making it difficult to hide such things) in which she demonstrated a fabulous misunderstanding of chemistry and physics. In particular (from here, 6th paragraph):

“The air you are breathing on an airplane is recycled from directly outside of your window. That means you are breathing everything that the airplanes gives off and is flying through. The air that is pumped in isn’t pure oxygen either, it’s mixed with nitrogen, sometimes almost at 50%. To pump a greater amount of oxygen in costs money in terms of fuel and the airlines know this! The nitrogen may affect the times and dosages of medications, make you feel bloated and cause your ankles and joints swell.”

I don’t know about everyone else, but personally I’d be a bit worried about a 50% oxygen atmosphere, particularly in an aeroplane. Let’s just hope she’s wrong, eh?