What shall I write about this week, I wonder… how about, apropos of nothing, the element ruthenium? It is the International Year of the Periodic Table after all; there have to be some element-themed posts, right?

Ruthenium has the atomic number 44 (good number, that) and the symbol Ru. It was officially discovered by Karl Ernst Klaus in 1844 (there it is again) at Kazan State University in Russia.

You might remember from school (or possibly from your jewellery) that platinum is really unreactive. What has this got to do with ruthenium? Well, unreactive metals can be found in nature as actual metal, rather than combined with other elements in ores. But it turns out that early “platinum metal” — used by pre-Columbian Americans — wasn’t pure, but was in fact an alloy of platinum with other metals. 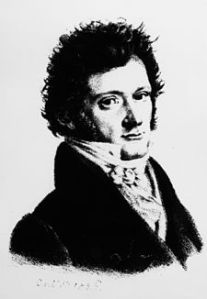 Gottfried Osann discovered ruthenium before Klaus, but gave up his claim.

In 1827 Jöns Berzelius and Gottfried Osann dissolved crude platinum from the Ural Mountains in aqua regia: a 1:3 mixture of nitric acid and hydrochloric acid (we’ve met aqua regia before, in a famous story about Nobel Prize medals). Osann was certain that he’d isolated three new metals, which he named pluranium, ruthenium, and polinium, but Berzelius disagreed, and this caused a long-running dispute between the two scientists.

Osann eventually gave up the argument — which was a shame, because he was right. In 1844 Karl Ernst Klaus analysed the compounds prepared by Osann and showed that they did, in fact, contain ruthenium.

Klaus had been studying the insoluble residues left over after platinum extraction from Ural placer deposits. Like many chemists at the time, he tasted and smelled the substances he prepared, and he reported that the ammines of ruthenium had a more caustic taste than alkalis, while the taste of osmium tetroxide was “acute pepper-like” (do not try this at home).

He communicated his discoveries to the Academy of Sciences at St. Petersburg and to Academician G. I. Gess, who reported them on September 13th and October 25th, 1844. Klaus named the new element from the Latin word, Ruthenia, and mentioned Osann’s work, saying:

“I named the new body, in honour of my Motherland, ruthenium. I had every right to call it by this name because Mr. Osann relinquished his ruthenium and the word does not yet exist in chemistry”

Klaus died of pneumonia in 1864, and the study of ruthenium in Russia more or less stopped for the best part of seventy years, not restarting until the 1930s. The element is now known to harden platinum and palladium alloys, and is used in electrical contacts as a result. When just 0.1% is added to titanium it forms an extremely corrosion-resistant alloy which is particularly useful in seawater environments.

Ruthenium and its compounds have lots of other uses, too, including cancer treatments and in catalysis. Ruthenium(VIII) oxide, a colourless liquid (just: its melting point is 25 oC) forms brown-black ruthenium dioxide in contact with fatty oils; because of this property it’s used in forensics to expose latent fingerprints. 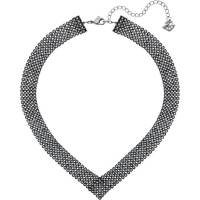 This Swarovski necklace has been plated with ruthenium

One of the most vibrant ruthenium compounds is the dye, “ruthenium red”, which has been used as a biological stain for over 100 years. It has the complicated formula [Ru3O2(NH3)14]Cl6 and is made by reacting ruthenium trichloride with ammonia in air, which might explain why pictures of ruthenium trichloride sometimes show a red substance, when it’s actually a rather boring black.

One place where you might have come across ruthenium in everyday life is jewellery: the metal’s hardness, high corrosion resistance and unusual, not-quite-metallic grey-black finish make it popular choice. Pure ruthenium is expensive though, so it’s almost always plated onto a cheaper base metal.

And now, one last picture to mark my ruthenium-day: check out my fabulous chemistry-themed birthday cake (thanks, Mum!), made by the Cotswold Cake Room. How amazing is this? 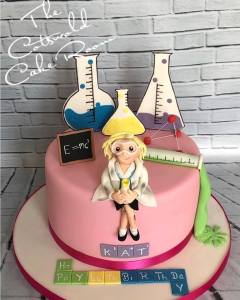 Normally at the end of my blog posts I link to my ko-fi account, but this time, instead, if you’re feeling generous please consider donating to my birthday fundraiser to raise money for Alzheimer’s Research UK.

The fundraiser is running through Facebook, which I appreciate doesn’t suit everyone — if you’d like to donate without going via that particular social network, there’s a link to donate directly here. Do drop me a comment below if you do, so that I can say thank you x